The warming climate will not only affect our environment but also our means of living. Climate change causes tangible changes in the food we eat, products we use and places where we live and work. The changes won’t treat us equally but will instead increase the inequality within societies.

People locked up in cities, cockroach powder for lunch, rooftop gardens in Arctic regions and long-lasting toys from recycled materials. Sounds like science fiction? It’s also a snapshot of one of our possible futures, a rather black one.

Climate change is something that nearly everyone has heard of. Many of us are also aware that a temperature increase of several degrees can be expected during this century if effective global mitigation actions are not carried out soonest. We are even aware that the warming climate will lead to more extreme rains, floods, stronger storms and more severe draughts in many parts of the world. Recent news also reminds us of how low-lying coastal cities and islands with millions of inhabitants may suffer when sea level rises and storms hit them harder than ever before.

Regardless of our nationality or position in society, climate change will affect us all in several ways, directly and indirectly.

The Intergovernmental Panel for Climate Change (IPCC) has forecasted that without a radical decrease in greenhouse gas emissions during the next years, the average global temperature may rise by 4 degrees Celsius by the end of this century. In Northern regions the increase in temperature will be more dramatic. In Finland, for example, winter months could warm up to 12 degrees Celsius compared to the temperatures in the end of the 20th century. This kind of warming would lead to dramatically rising sea levels, changes in precipitation and drought patterns and generally more extreme weather phenomena all over the world.

Furthermore, the societal effects of climate change will be diverse. With climate change taking its toll, societies may end up with a reduced capacity to take care of their most vulnerable members. Population growth and resource scarcity accelerate the competition for natural resources. Climate change will also affect food production, fish stocks and human health. It will cause severe stress in all sectors of society.

Not all the effects will be negative, at least not to all of us. The lack of fresh water in some parts of the world will provide business opportunities for those who can sell water or water efficient solutions. Smoky megacities with huge populations will make silence and clean air valuable assets. Warm winters reduce heating costs and may lead to fewer accidents caused by icy sidewalks. Increasing numbers of climate refugees may also increase the cultural diversity and interaction in the cities of tomorrow.

The rules of the warming world will change from today. Independent nations may not be the strongest players in future global politics. Countries will join their forces based on common interests and needs rather than geographical location. Many goods and services will be produced locally to secure their availability in a world where global production chains can be abrupted any day by a conflict or a natural catastrophe. At the same time, powerful multinational corporations will decide the prices and availability of goods that cannot be produced locally.

Climate change mitigation requires major financial efforts. However, without prompt and tangible action we will end up facing problems that will be much more expensive to handle. Now is the time to decide how we can ward off the dangerously accelerating climate change. It is also time to start adapting to a future on a planet quite different from the one we are used to.

The columnist is a Gaia Senior Consultant working with climate change issues, renewable resources and development cooperation. These are her personal views on climate change. 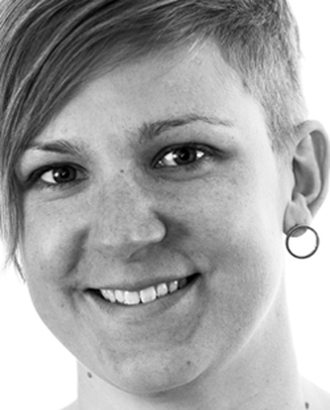