Africa could be on the brink of an economic takeoff. Its vast richness of natural resources and growing population could be the ingredients for being the New China. Not without innovative solutions for sustainability.

Since my living memory, Africa has been the continent that never recovers from the colonialism. The place which symbolizes the inefficiency of development co-operation. How could I ever forget that Africa is poverty, Africa is refugees, Africa is wars, Africa is the vicious impacts of climate change, Africa is child mortality, Africa is illiteracy and that Africa is complex emergencies with droughts, floods, food crises, el Niño, ethnic conflicts, pirates…?

Bono: “Africa – the continent of the 21st century”

In the shadows of Asia, there are signs of optimism in economic growth in sub-Saharan Africa (SSA). According to an analysis by The Economist, over the ten years to 2010, six of the world’s ten fastest-growing economies were in SSA and over the next five years, sub-Saharan African economic growth should outpace its Asian counterpart. The World Bank concludes that Africa could be on the brink of an economic takeoff, much like China was 30 years ago, and India 20 years ago. These upbeat projections are accompanied by surveys showing that Africa’s attractiveness as a place to invest is growing, in particular, in emerging economies.

Sub-Saharan Africa’s economic prospects are also related to its rapid population growth and potential for urbanization. The United Nations estimates that Africa’s population will grow from current almost 1.1 billion to 3.6 billion by the turn of the century. For example, at the end of the century, only India, China and the United States should have bigger populations than Nigeria and Tanzania. Similarly, over a third of Africa’s one billion inhabitants currently live in urban areas, but by 2050 that proportion would have risen to 60%. Population growth and urbanization could well contribute to Africa’s economic growth. Past economic booms in Asia have been powered by a surge in the working age population and the world’s economic development has correlated with urbanization.

Prospects for growth in Africa raise the question of the economic, ecological and social sustainability of this potential development. Africa’s energy demand is expected to at least fourfold by 2025. Today, the climate change already impacts the poorest in Africa and up to 50 % of the food production capacity in the Sub-Saharan region may be jeopardised by 2020.

Innovative renewable energy solutions could play an important role in making the development happen. Energy security is one of the preconditions for development. Energy solutions ranging from solar, wind, geothermal, bio-carbon and biogas with smart new finance tools could offer massive opportunities for decentralized and cost-effective energy security.

Africa has the sources for renewable energy. Technology is there. Finance industry is more and more interested in investing in renewable energy deployment. Smart energy policies could boost constructive foreign direct investments and vibrant private sector development in Africa.

What is at demand are shiny examples of energy projects that work. Small, like Gaia’s fuel efficient stove project in Ethiopia, and big such as the planned Desertec solar power plant in Sahara.

Innovative Solutions for Sustainability with indigenous wisdom, beauty and charm. Some powerful ingredients for the continent of the 21st century.

Gaia offers a wide range of innovative solutions for sustainability in Africa. We partner with developing organizations, NGOs and private sector to provide affordable but impactful solutions, and our recently established presence in Ethiopia is an important and strategic move that enables us to take part in designing the 21st century Africa. 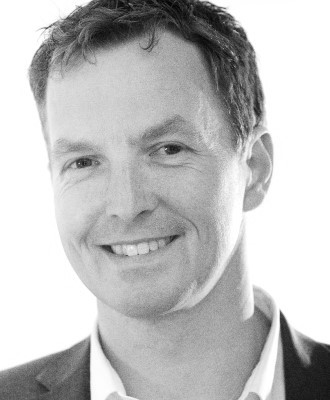