Environmental offsets – A license to trash or an effective tool to save the planet?

Since the 1970s, environmental offsetting has been used in several countries as an instrument to reduce water pollution, to prevent the loss of habitats and biodiversity, to encourage energy efficiency and to cut greenhouse gas emissions. Looking back at the track record of offsetting, its results look mixed, and environmental professionals disagree on whether offsetting is creating additional much-needed environmental measures or actually discouraging responsible development.

Population growth, urbanization and climate change are putting the ecological carrying capacity of the Earth to an extreme test. Even thought we know so much about the risks of environmental degradation, degraded land areas continue to expand, biodiversity losses keep growing, fresh water supplies are shrinking and greenhouse gas emissions increasing.

The world desperately needs effective mechanisms to power better development. The protection of our common resources cannot be achieved with public money alone, and stricter norms are difficult to set during recession. Voluntary actions by local governments, corporations and citizen movements are important, and consumer awareness can drive great improvements. Still, we need to take a careful look at the potential capacity of market-based environmental mechanisms that can fuel responsible actions.

Environmental achievements at the lowest cost

Carbon offsets are probably the best-known global offset instrument. The Kyoto Protocol enabled industrialized countries to achieve their abatement targets by financing emission reduction projects in developing countries. Between 2008 and 2010, this flexible mechanism provided offsets equivalent to more than one billion metric tonnes of CO2, and tens of billions of euros were invested in clean energy technologies through the so-called Clean Development Mechanisms. Unfortunately, the compliance-based carbon offset market collapsed as international negotiations tumbled. Voluntary markets, however, have survived the price crash, and several regional mechanisms are being developed.

Water pollution offset programmes, on the other hand, have usually involved single watersheds. Wetland mitigation offsets have attracted significant investments particularly in the United States and have contributed to the creation of tens of thousands of acres of new wetlands annually. The results from wetland mitigation compensation are improving but clearly point out the risks of incomplete regulatory capacity.

Compensation could help to protect the Baltic Sea

Finland is one of the European countries that do not enable biodiversity compensation. Discussion among stakeholders suggests that the lack of such measures has resulted in less than optimal incentives to nature conservation, and that compensation could help to solve conflicts between landowners, industry and the state.

Interestingly, some Finnish environmental authorities have started to use offsetting to reduce water pollution. Compensation could indeed help to address the serious eutrophication problem of the Baltic Sea because the price of reducing nitrogen and phosphorus loads e.g. in Belarus could be much lower than reducing them in Sweden. Secondly, compensation could have positive effects on fishing industry and biofuel production. The lack of national and Baltic Sea wide policies and safeguards on compensation could, however, leave room for malpractice and weaken the possibilities of effective offsetting.

It is not a yes or no question, but a question of how

The No-Net-Loss Summit in London on 3–4 June gathered biodiversity opinion leaders from all over the world to discuss biodiversity compensation. Despite agreeing on the need to quickly mobilize more resources for the fight against biodiversity loss, the participants did not agree on whether offsetting is actually a license to trash or a silver bullet.

In addition to financing actual environmental action, offsetting can help to boost cleantech technology development and encourage more sustainable business models. Compensation mechanisms have successfully put a price tag on environment, developed stronger accountability, mobilized additional resources and created better awareness. There is increasing evidence that compensation can work well in areas where regulatory framework is strong and clear and where civil society has an active role. However, successful offsetting also requires careful safeguards, transparency and monitoring to avoid malpractice.

Gaia offers a wide range of innovative solutions for sustainable business. As part of our services, we study, design, execute and assess environmental compensation measures that make the world cleaner and safer. 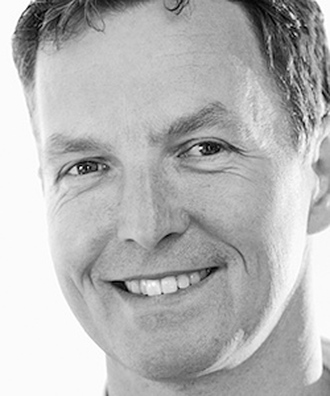