Sustainable recovery is a billion-dollar opportunity 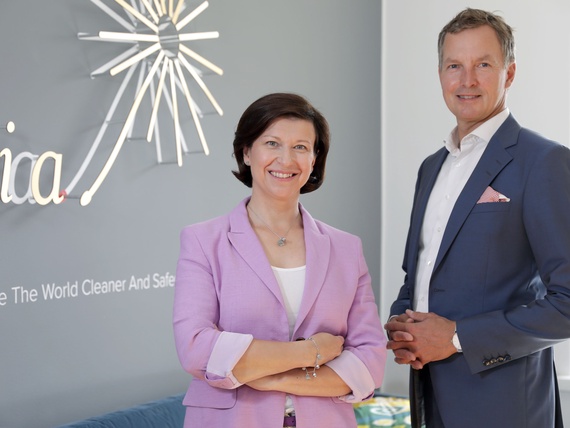 If we do not take immediate action to curb climate change, we will have a financial, social and human disaster on our hands, Kaisa Hietala and Pasi Rinne write.

First, the good news: the world has a vast amount of money. Several billions of dollars will be spent on post-corona recovery during this year and the next throughout the world. A billion is a figure with twelve zeros.

Money is unquestionably needed. The pandemic and activities to contain it have reaped destruction in the economy of companies and entire nations, causing an immeasurable amount of human suffering. Now, the world needs recovery measures that place trust in the future and enable just economic growth. At the same time, the recovery should support better planning for crises threatening economic systems and societies in the future.

This brings us to the bad news: as easy as it would have been to forget amidst the corona crisis, climate change continues to be the single biggest threat facing the world economy and humankind. If we do not take immediate action to curb climate change and rebuild the world economy on sustainable business principles, we have a financial, social and human disaster on our hands.

A group of experts led by Bill Gates, the former Secretary General of UN Ban Ki-moon and Managing Director of the International Monetary Fund Kristalina Georgieva, pointed out in their report on the financial effects of climate change that curbing the change and its inevitable consequences should include an investment of 1.8 billion dollars during this decade. This figure was widely labelled as unrealistic – despite the report’s estimate that the investment will pay itself back even fourfold.

The last months have shown us that such a sum can be made available in no time when the crisis is acute enough. It should be clear by now to both economic and political decision-makers that solving the climate crisis calls for immediate measures. Above all, we have a billion-dollar opportunity to solve two problems at once, that is, target the corona-related recovery measures in a way that also advances preparingclimate change.

European actors have a particularly important role in making use of this opportunity, as China and the United States are unlikely drivers of sustainable recovery at the moment. In the worst-case scenario, we will face a race to the bottom on taxes or tariffs and well-meaning forerunners will have to pay for their more cynical competitors.

Finland has already taken its first steps towards sustainable recovery. At the start of this year, Business Finland started a competition challenging leading companies to solve problems of the future and increase their research, development and innovation investments in Finland. The first leading projects announced in June included investments in the forest and energy industry as well as 5G technology. The projects had a strong focus on sustainable business principles, which proves that Finnish companies grasp the severity of the climate crisis and the need for change in order to secure future economic growth.

These leading companies have realised that sustainable development is, above all, business: new solutions, competitiveness and being prepared for risks. This is why the results of the recovery are ultimately dependent on the success of companies. A genuine competitive advantage is only possible through investments in new technologies and business models.

Finnish companies need to be bold and wise – the same is also required from political decision-makers and authorities. Because sustainable recovery depends on proactive companies, the innovations it requires can only be based on the markets. Without coordination between supportive measures and environmental goals, the goals could paradoxically turn against themselves and lead to a poor result for the economy and the environment.

The corona crisis has demonstrated how vulnerable the global economic system is. When repairing the damages, we need to make sure that we are also preparing for an even greater threat caused by the climate crisis. Europe and Finland should ensure their own position by acting as true forerunners.

The good news is, we have the money and means for this. The bad news is, time is running out.

Originally published in Finnish in Kauppalehti.