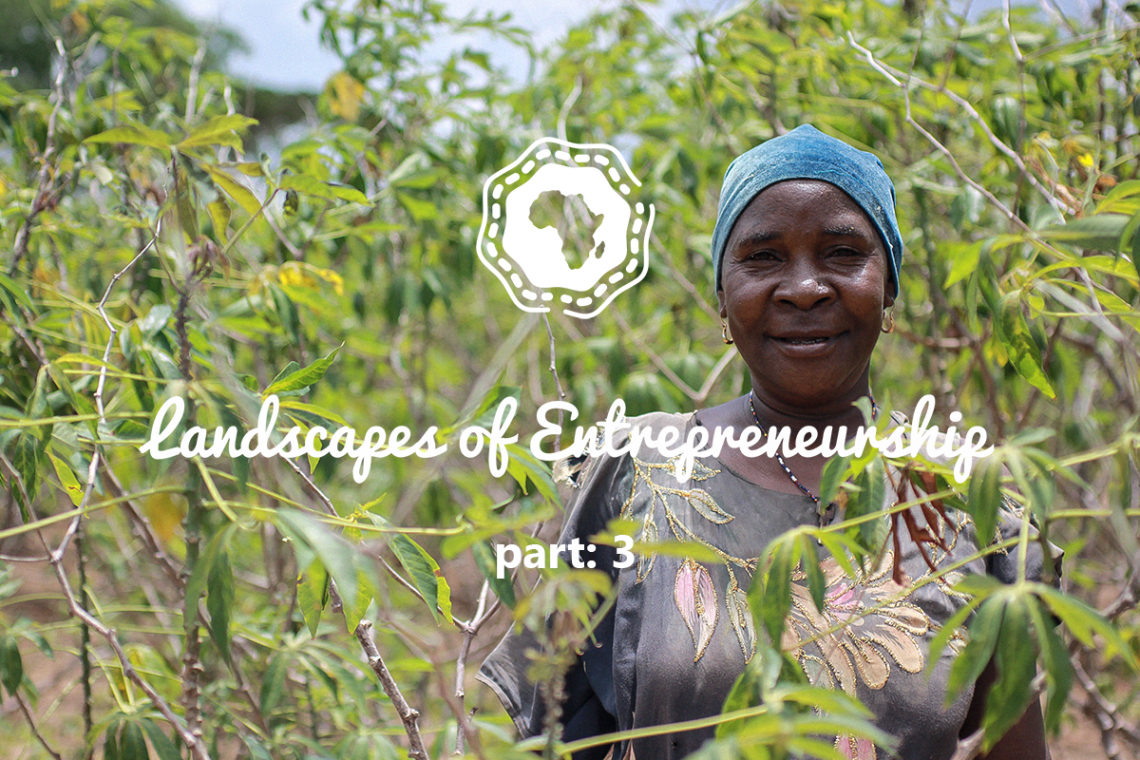 This post is part of a blog series by our Business Manager Paula Tommila. Last year she travelled across southern and eastern Africa for four months discovering the different African Landscapes of Entrepreneurship. Read the first part on local business opportunities here and the second one on tourism here.

When travelling across southern and eastern Africa, it is evident that farming is a critical livelihood for people, yet there is plenty of room for improvement in productivity and efficiency of land use. Landscapes are dotted with small farms and field plots, a pattern that is sometimes interrupted with large, often monocultural plantations.

Most of the future food demand as well as production growth potential lies in Africa, where average cereal yields are only 40% of the global figures while the population of on the continent is estimated to double to 2.4 billion by 2050. Also the agricultural trade balance has a negative impact on food availability on the continent, as exports are 40% higher than imports.

One option to increase agricultural production is further promotion of large-scale commercial farming across the continent. Commercial farms tend to have the capacity and interest to invest in the productivity of the land, which combined with large unit size multiplies the yields compared to traditional smallholder farming.

Still, productivity of the land is not the only variable that counts when assessing the pros and cons of different agricultural approaches.

In Tanzania, Cassava Starch of Tanzania Corporation (CSTC) is about to have 2000 hectares of cassava fields located between Lindi and Mtwara in southern Tanzania. More than 650 hectares are already planted with 130 000 cashew nut trees and a production site for high quality cassava flour factory is complete.. The global demand for starch grows along processed food industry, thus stabile markets exist.

Traditionally cash crops such as coffee, tea, tobacco and sugar cane have been produced in the tropics and exported to the Western markets for consumption. As the global population grows, also the demand for basic foodstuffs grown overseas increase.

While European countries are criticized for actively limiting food imports for maintaining local production, especially China has been active in promoting oversees agriculture to meet its growing domestic demand. Sceptics fear the Chinese interest may negatively impact the availability of basic food stuffs such as wheat, maize and rice in Africa as many suitable lands are used for producing food for export.

At CSTC, organic cassava is the main product, while also cashew trees and other rotation crops are grown for improved soil quality for the cassava plants and some additional income for the project. Every second year, cassava fields are intercropped with legumes and other annual crops such as groundnuts, soy and sunflowers providing a natural way for soil maintenance and maintaining soil nutrition balance.

While the intercropped yields can be sold at local markets with local market prices, CSTC does not sell fresh cassava locally in order not to disturb the local market with products produced in bulk.

As cassava could also be a feedstock for animal feed, and as local demand for protein is high, the company is also developing small proof of concept chicken and aquaculture projects while other animal feed plans await in the pipeline. The idea is to make use of the available resources in the most efficient way, in line with circular economy thinking. Simultaneously more than income is provided for the local community, as the variety of locally grown and available foodstuffs increases.

Local ownership or upscaling by foreign investments – what is the best use for the land?

Development impacts of commercial farms can vary, partly depending on the local conditions. On one side, large farms provide income for local communities, on the other they have been blamed to disadvantage locals by providing low salaries and decreased access to productive land for their own use. As often happens in the developing world, the questions tend to fold around issues related to land use and land use rights. Should the land occupied by the farm have been in productive use earlier, the risks for negative implications increase.

Also during CSTC’s development, access to land has required lengthy negotiations and exhausting procedures with the authorities. Partly thanks to Tanzanian government’s recent efforts to straighten permitting processes, the company is about to receive rights to use up to 4000 ha of land that has not been used for farming before. The local communities have also accepted the establishment of the company with gratitude. Currently the company employs some 75 people full time, and up to 375 casual workers during harvest seasons. The employing rates are expected to grow as the production capacity increases.

Foreign investments are often warmly welcomed to most African countries, as they provide access to foreign exchange and provide employment opportunities for locals. For agricultural projects, however, permitting can be a lengthy and frustrating process as issues related to land ownership and land use rights are often complicated even without foreign stakeholders.

According to the CSTC general manager Matthew GW de Klerk, the objectives of the Tanzanian government are aligned with the interests of commercial farming projects and agro industry, yet the best part of the job is the interaction with the people on the ground and transfer of knowledge.

The challenging part, on the other hand, lies between the field and the top government. Long-term development of operations can be challenging if counterparts are more interested in quick wins rather than supporting sustainable farm and production development. Therefore managing expectation at all levels is the key to success. With decades of large-scale farming experience from neighboring Zimbabwe, Matthew has some perspective to his thoughts.

Large scale commercial farms can provide a partly solution to the agricultural productivity problem in Africa. Still, efforts are also required to improve the productivity and market access of small and middle size farms, which continue to provide direct income for up to 70% of the continent’s population.